Google has released its next version of Android. On 15th October 2014, Google held an event for the launch of next generation nexus devices and along with the devices Google launched its next version of android called Android 5.0 Lollipop. Before the launch day google teased the video about the next version of android. Android 5.0 was already demonstrated on Google I/O 2014 and after few months from the event, now the next version released. I have already posted about Android L features  on this blog based on the features listed in the Google I/O event. But now the official stable version was released, hence i like to write this post which will cover almost all the information about Lollipop. 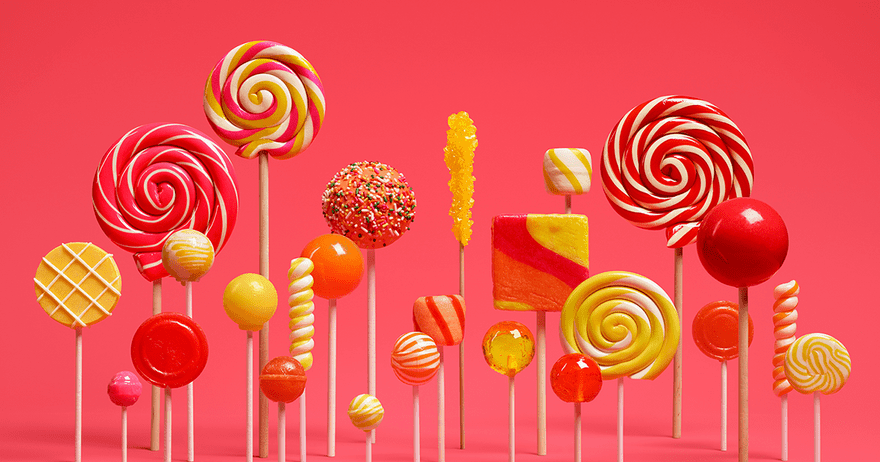 Google has a concept that android has to be optimized for the devices like phone, tablets, auto, wear, tv. All to be together but not the same. After Jellybean, Kitkat, google has announced the next version of android as Android L is its I/O event and many rumors says that next version of android should be called as Lemon Pie, Lava Cake, Lady Finger, etc., But it seems google always naming the versions with sweet flavors hence they named android 5.0 as Lollipop [A sweet new take on Android].

“Lollipop is designed to be flexible, to work on all your devices and to be customized for you the way you see fit. And just like Android has always been, it’s designed to be shared. “– Google said

Google made this version with material design concept which is considered as major change and it makes the UI very responsive.

“Material Design is meant to unify the Android Experience Across Devices”

Material Design – As i said above, material design is considered as the major change in this version, which is responsive UI design for better experience across all the devices. some of the key features of material design are natural motion, realistic lighting, shadows, vivid new colors, typography and edge-to-edge imagery.

Battery – As reported in Google I/O android 5.0 comes with battery saver mode, which extends the devices to stay up to 90 minutes and you will get the estimated time to get charged fully while you charge.

Device Sharing – Now you can share your devices with guest using multi users concept, so that you can share only the device and not all the contents. Screen pinning is the new concept which makes the other users to view only the particular screen that you have pinned.

Security – You can use Android Smart Lock feature to secure your phone or tablet by pairing it with a trusted device like your wearable[Android Wear] or even your car[Android Auto]. Also this version has automatic encryption of data which will be helpful if your device is stolen or lost.

Languages – 15 new languages added in this version, hence now it has 68+ languages.

OK Google – With OK Google voice assistant, get quick answers. You can also launch OK Google even if your screen is OFF, on selected model of devices like Nexus 6 and 9.

As per Google Android 5.0 Lollipop will be coming with Nexus 6, Nexus 9 and Nexus Player devices. And for Nexus 4, 5, 7, 10 and Google Play edition devices it will be available in few weeks.

After the announcement of Android L in Google I/O event, google has released “Android L Developer Preview” for developers to start making apps for the newer of android. But now the Android Lollipop is officially launched, hence the stable version of Android 5.0 Lollipop SDK will be available on October 17 at Android Developers Page.

Do let me know your views on the new version of Android via comments..

How Long Does It Take For AirPods to Charge?

What Is Involved in College Prep?

0
House of Gaming, a next-generation technology firm aimed at developing esports in India, entered into a collaboration with one of India's top Free Fire...
Read more
Tech News

0
Just Corseca, a flagship brand of Damson Technologies Pvt Ltd has announced the launch of the Stallion neckband for today’s advancing generation. Users can...
Read more
How To Guides

How to Choose a Suitable AWS Partner

0
By 2025, the market for public cloud computing in India will expand to $800 billion. The AWS, which stands for the Amazon Web Services,...
Read more
Tech News

0
Just Corseca, a flagship brand of Damson Technologies Pvt Ltd and a market leader for the new-age technology driven gadgets, has successfully showcased Just...
Read more
How To Guides

0
At its core, engineering is about identifying problems and creating processes to solve them. Engineers are needed in various industries to help design, create,...
Read more
© 2018. TECHTOLEAD