Email has become one of the essential communication medium in our day-to-day life. In one way we are all using th email for official and personal communications, but still we are getting irritated by lot of unwanted spam emails and newsletters. Nowadays it is very hard to manage those spam and newsletters mail. Including me many people were facing the same problem.

Gmail with millions of customers all over the world, having a responsibility to send updates often to its application/product. In that way, Google has added a new feature on Gmail, by which you can “Block and Unsubscribe” in a single tap.

Google in its official blog, announced the new features.

The Block feature allows you to “Block” emails from specific person, by adding the sender mail id to block list. The feature mails from the blocked sender will go directly to your spam folder. If you wrongly block someone, no worries, you can unblock them anytime from Gmail Settings page. The below screenshot will make you understand better. 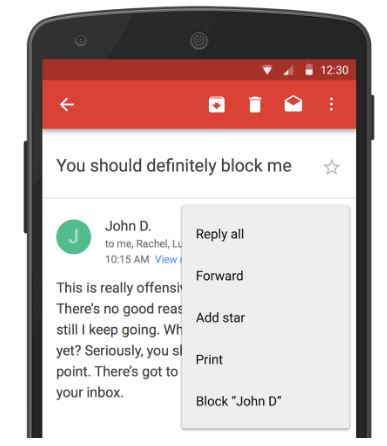 In addition to the block sender feature, Gmail adds an option to Unsubscribe from newsletters. When you are getting email newsletters from any spammers, you will ask the sender to unsubscribe me from this mailing list. Now no need to ask or navigate to any unsubscribe page.

You can opt out from email newsletters from Gmail itself. You will have  an option called “Unsubscribe” in the newsletter emails, once you click/tap the unsubscribe, Gmail will opt you out from the mailing list.

The above features are already added in Gmail Web, Android app update also has started rolling out. The update will reach globally ASAP.

0
Ugoos is one of the leading Smart TV dongles / TV boxes developers based out in China. They have already launched many Android TV boxes,...
Read more
Tech News