WhatsApp has rolled out a major update which brings end-to-end encryption to all its users across all types of communications. With this update, all communication made on WhatsApp like one to one chat, photos, videos, group chat, files, voice calls will be encrypted. Whatsapp team in its official blog stated that it will be a full End-to-End Encryption which protects your private communication.

The idea is simple: when you send a message, the only person who can read it is the person or group chat that you send that message to. No one can see that message. Not cybercriminals. Not hackers. Not oppressive regimes. Not even us. End-to-end encryption helps make communication via WhatsApp private – sort of like a face-to-face conversation.

WhatsApp co-founder and CEO Jan Koum stated on his social media that their team was working on the encryption technology for more than 2 years.

Every single one who use WhatsApp can now talk freely and securely.

The users who are all using the latest version of WhatsApp will get this feature by default.

The messages which you send will be able to read by the recipients only. In recent times, WhatsApp has many features and it has a billion users on it, but it lacks in encryption. Many peoples switched to other messaging platforms due to the lack of message encryption. But now, WhatsApp is back with the full end-to-end encryption, which brings back the disappointed users. 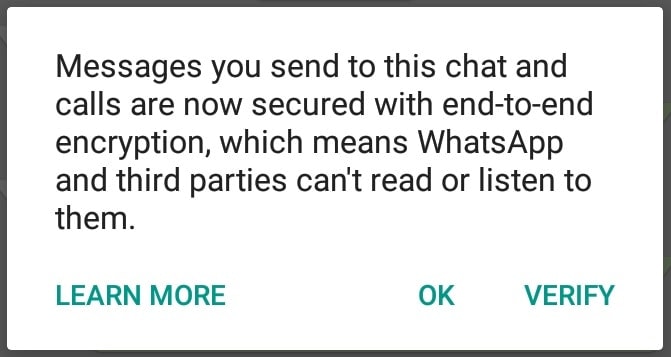 The update has been rolled out to all users across Android and iOS platforms. This WhatsApp end-to-end encryption update makes more secure and safe. It makes a billion users happy by not worry about the data being stolen. It allows us to communicate sensitive information with colleagues, friends, and others.

To know more about how WhatsApp is able to achieve end-to-end encryption read this – whatsapp.com/security

Why You Should Become A NetApp Certified Support Engineer?

Why You Should Become A NetApp Certified Support Engineer?

0
As the organizations expand and grow with time they need technical support engineers whenever they buy or upgrade a system. If you have experience...
Read more
Tech News

0
Ugoos is one of the leading Smart TV dongles / TV boxes developers based out in China. They have already launched many Android TV boxes,...
Read more
Tech News